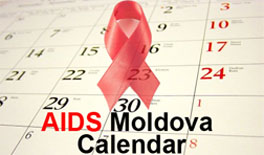 This section serves as a tool to ensure proper communication among stakeholders and transparency in the development of various documents, proposals, and projects.

Ministry of Health initiated on April 1st, 2011 public consultations on the draft of amending and supplementing Law no. 23 from February 16, 2007 on HIV / AIDS.

Regulation on the organization of palliative care services for people with HIV / AIDS.

Press Conference “HIV is not a sentence”
May 12, 2015 / Ministry of Health, Chisinau

The awareness campaing "HIV is not a sentence" will be launched through a press conference. The campaign is dedicated to the commemoration of those who died of HIV, which is being celebrated and is culminating on the 17th of May. The awareness campaing will be implemented on both banks of Nistru river.

5.Treatment and Care for People Living with HIV

7.Voluntary Counselling and Testing in HIV and Hepatitis